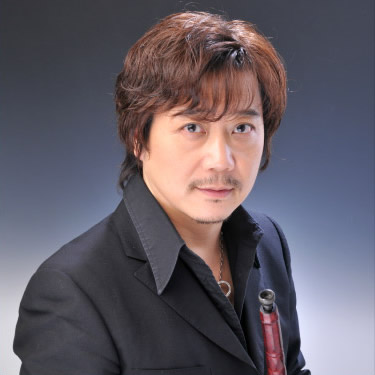 HAMADA Yoshimichi  Direction & Recorder & Cornett, Leader of Anthonello HAMADA Yoshimichi was born into a family of musicians in Tokyo as a great-grandson of the founder of Japanese first private music college, the Toyo Music Academy (the forerunner of the Tokyo College of Music). He graduated from the Period-instrument course of the Toho Gakuen College Music Department; then he studied at the Schola Cantorum Basiliensis on a scholarship from the Swiss government. HAMADA, as a virtuoso of recorder and cornett, joined many concerts and recordings in Japan and overseas countries. CDs released from overseas labels have all been awarded Five Stars by the "Diapason" of France.

In 2013, HAMADA started the "Opera Fresca" project to perform early operas from the inception of operatic works to the Baroque era: HAMADA directed three great works of C. Monteverdi ("L'Orfeo", "Il ritorno d'Ulisse in patria", and "L'incoronazione di Poppea"), G. Caccini's "L'Euridice" (Japan premier), G.F.Handel's "Giulio Cesare" as well as the Japan premier of "La favola d'Orfeo", which is thought to have been originally produced by Leonardo da Vinci.

As his another lifework, HAMADA studies "Nanban ongaku", that is, music introduced by Portuguese and Spaniards during the Warring States period of Japan in the 16th century: to date he released a CD and created musical-drama performances under the subjects such as "Music of the Japanese Tensho Boys Embassy to Europe", "Espono Fabvlas" (Aesop's fables), "Francisco de Xavier and Otomo Sorin", etc.

Hamada is the author of "Devote yourself to the heart of singing" (Artes Publishing Inc.). He directs Early Music Ensemble "Anthonello".

The Early Music Ensemble≪Anthonello≫(Director HAMADA Yoshimichi)
Since its inauguration in 1994, the early music ensemble Anthonello makes much of the “spirit of the period” when music was originally composed, and makes clear the essential charm of music which is endowed with much energy and liveliness.
Anthonello has released CDs from Japanese and overseas labels, and is always be highly regarded by the media as a group in the forefront of early music interpretation and performance.
― “Their performing style will be a ‘mode’ from now on” (the “Repertoire”, France)
― “New wave of early music performance from Japan” (the “Diapason”, France)
Anthonello’s projects and works, which overcome stereotypical classical music’s viewpoints and pursue purely “musicianship”, attract great deal of attention and response not only from classical music fans but also from music lovers of other genres.
In 2013, Anthonello started the “Opera Fresca” projects to perform baroque operas such as three great works of Claudio Monteverdi, as well as the Japan premier of Giulio Caccini’s “L’Euridice” (based on the oldest “opera” music score in the world still extant): In 2019, the Japan premier of “La Fabula di Orfeo”, a musical work which Leonardo da Vinci is said to be participated in its original production, made a great success. Thus Anthonello vigorously works to propagate the charms of early operas which are still rarely performed in Japan and abroad.